What is the goal of the DeFi Racer?

The goal of the game is to travel as far as possible without hitting any obstacles in order to accrue in-game coins. The further you go, and the more obstacles you defeat with the available tools, the more coins you will accrue. These coins can be used to purchase in-game features (see below), and are also used within tournament leaderboards.

How can I participate in a tournament?

All current tournaments are announced on 1inch's social media channels, and are viewable here. A player’s goal over the tournament period is to accumulate as many in-game coins as possible. Only the total balance is considered, which means it doesn't matter how many coins a user spends on in-game purchases, such as improving a car, repairing or buying a new car. The coins that users gained before the tournament are not counted at the start of a new tournament.

Players with the most coins earned fall into the leaderboard table, which can be found in the game app, and are sorted in accordance with the amount of total coins they earn. At the end of each tournament, the counting of coins in the leaderboard stops and players will be rewarded accordingly to this table: 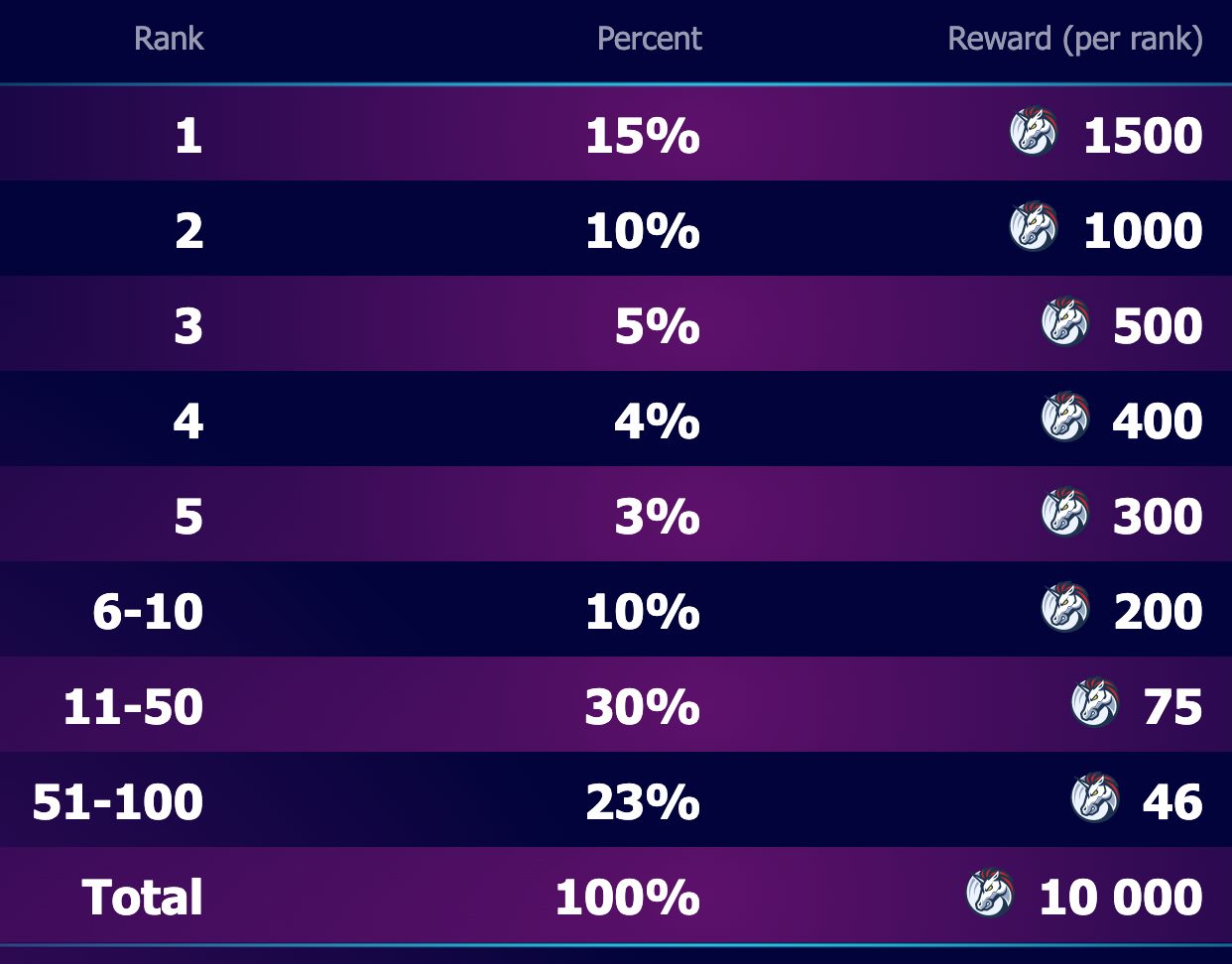 How can I purchase new cars, equipment, or color schemes?

To make in-game purchases, you will have to earn in-game coins by playing. The more inches you travel and obstacles you defeat, the more coins will be collected. Once you have accrued an adequate amount, these coins can be used to make purchases at "the garage". 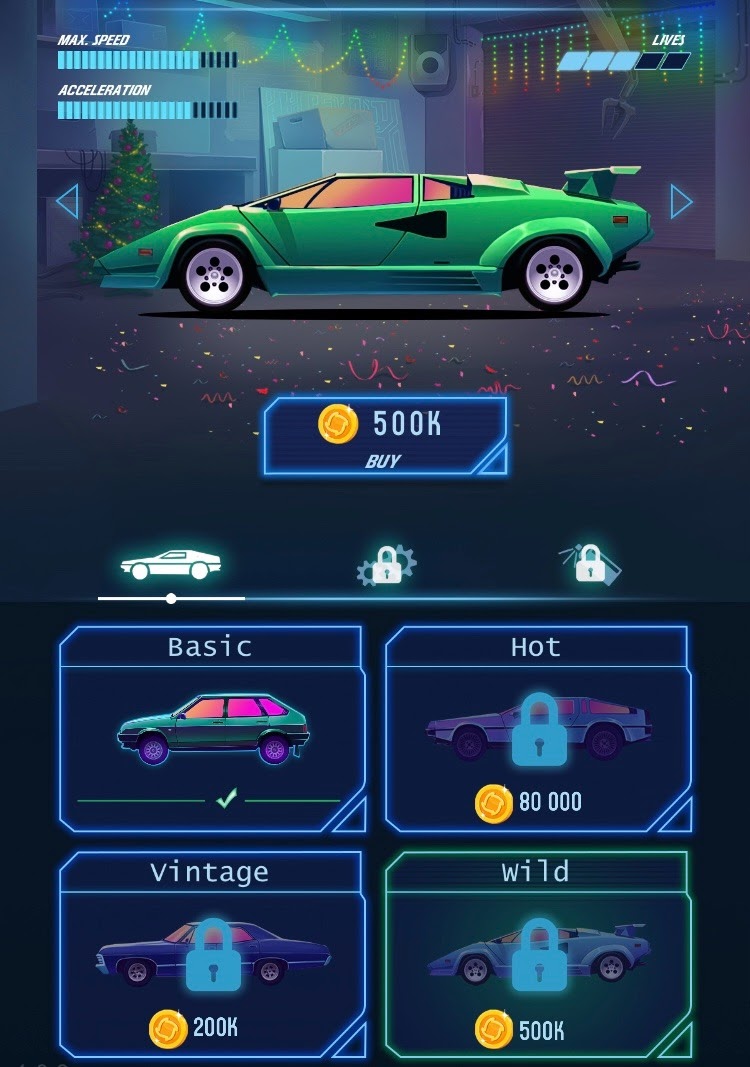 What Liabilities do I have as a player of DeFi Racer?

In any of the below cases, 1inch Network reserves the right to exclude any DeFi Racer player from DeFi Racer`s leaderboard for any other dishonest, deceptive behavior aimed to adversely affect DeFi Racer and/or its leaderboard.

How can I report a possible bug within the game, or suggest improvements?

For all feedback regarding DeFI Racer, please reach out to the Live Support Chat on app.1inch.io.

Who built the DeFi racer game?

The game was built by the Nord Beaver team, who is known for creating popular HTML5 games.

How can I claim rewards won for playing the game?

All of the rewards for DeFi racer are distributed alongside the gas refund promotion at the end of each month. To claim the rewards, see this guide.

Will I get a prize for the tournament if I have a new wallet and no transactions?

Yes, you can still participate in the tournaments and win tokens with a brand new wallet and no transaction history.